Back | Subscribe with RSS or via Feedly.
5 years ago | 2 min read

If you know anything about cloud, you will know that nothing beats AWS. Any knowledgeable engineer will always choose AWS over Azure or Google Cloud.

But sometimes, you are supposed to make it work with other platforms and life sucks for the Hipster Engineer™ (like myself). There is no sugar-coating it, Azure Portal simply sucks! 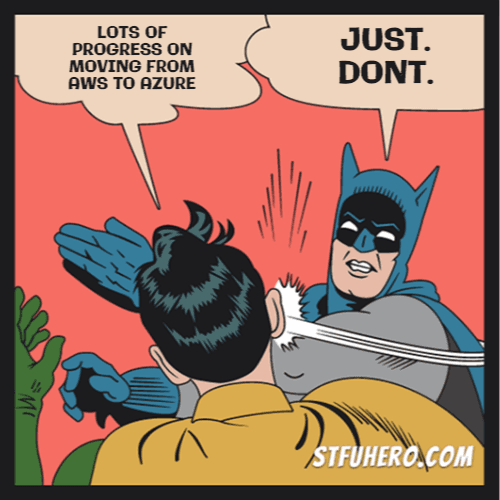 Specially when you are coming from AWS, everything from the Metro-UI to the documentation and community support. It’s all bad.

Like any Valley engineer worth their salt, I use Docker for my deployment workflow. So naturally I thought of somehow letting Docker deal with Azure for me.

I learned that I can set up a cluster of docker hosts using Docker Machine, a command-line tool that can connect to Azure on your behalf and provision Docker instances. No more Azure Portal for me!

Now I wanted a good GUI wrapper over Docker Machine. Not a big fan of doing everything from CLI.

So I looked at Docker Cloud (previously Tutum) which is perfect except that it’s expensive when you have many nodes. I settled for Rancher which is even better and these are the reasons why: 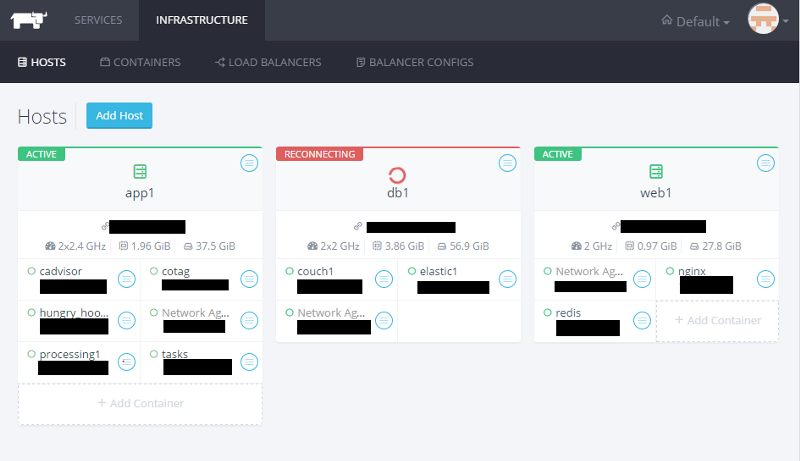 So here is an overview of how I deploy now: